In the second quarter of 2022, the domestic and global economic downturn, the increasingly pressing energy crisis and the protracted Russian-Ukrainian war became the focus of the analyses. The attention of companies and the general public turns primarily towards the possible outcomes of the runaway inflation and the energy crisis, so as the autumn period approaches, uncertainty has increased in many areas.
The performance of the Hungarian economy in the second quarter exceeded preliminary expectations: compared to the same period in 2021, the expansion was 6.5% (7.3% in the first half of the year). Behind the favorable data was the significant expansion of industry (food and beverage production, electrical equipment production) and services (accommodation services, hospitality, logistics). According to the analyses, an increase of over 5% is expected for the whole year. 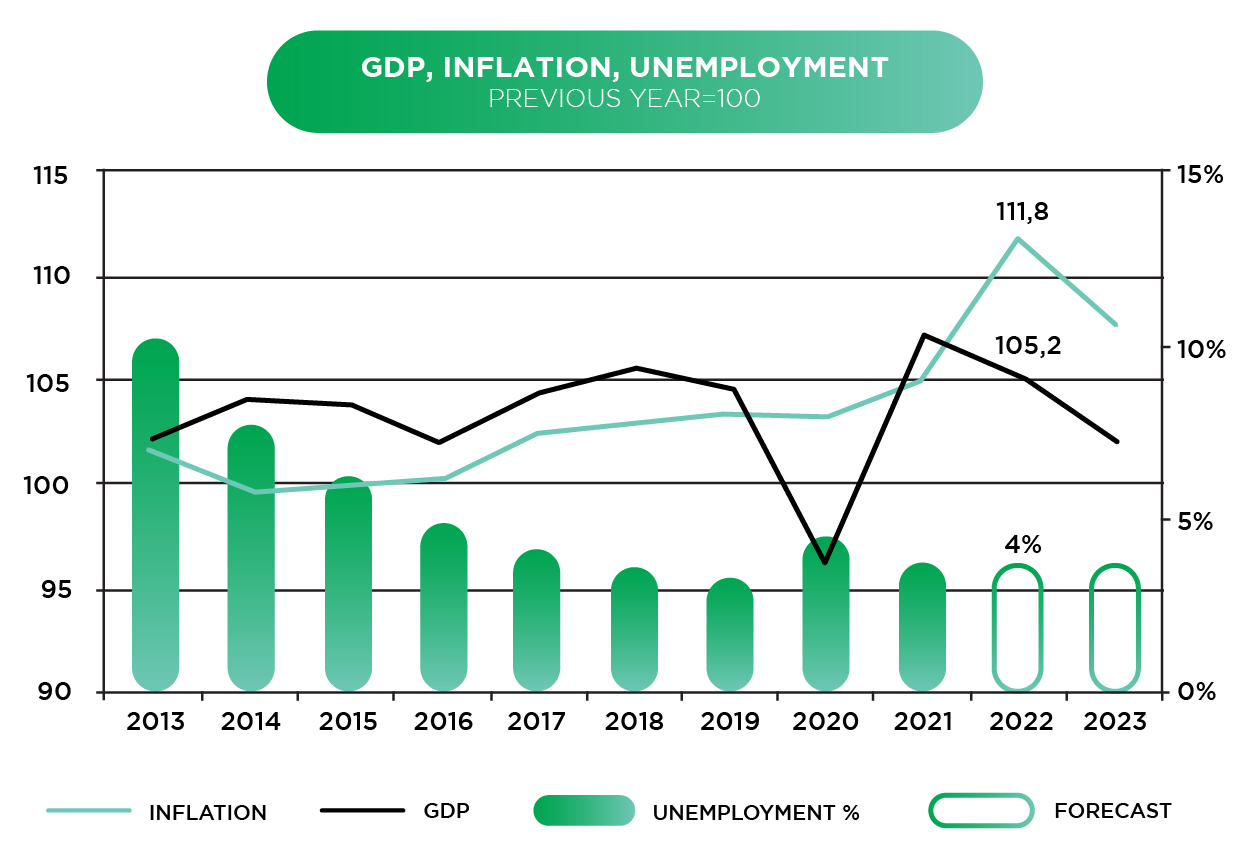 Retail turnover increased by 10% in the first half of the year compared to the same period of the previous year. The volume of food and food-related mixed retail increased by 2.2%, while the trade in fuel available at official prices increased by 30% since the end of 2021. Fuel consumption is not expected to drop in the third quarter either, as the official price for residential users is still in effect. 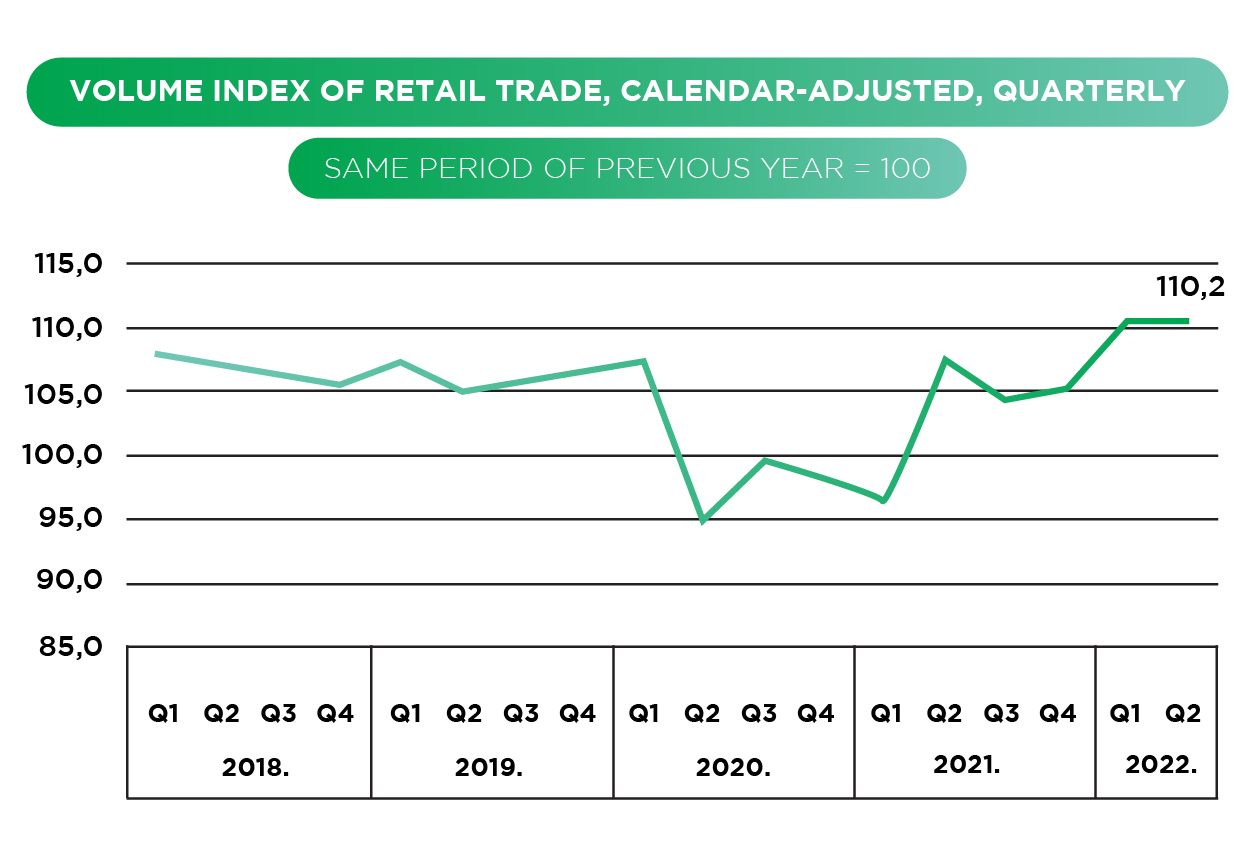 The turnover of commercial accommodation tripled compared to the previous year: 9.5 million guest nights were registered by the end of June. The passenger traffic of Liszt Ferenc International Airport (5.28 million) in the first half of this year exceeded the total traffic of last year.

The rapid increase in inflation continued in the middle of the year, and decade-long records were broken one after another. In June 2022, consumer prices were on average 11.7% higher than a year earlier. According to forecasts, this year's average consumer price increase may reach 12%. The price increase does not only affect our country; the global price increase is driven by the dynamic rise in energy and raw material prices. The partial elimination of the energy price subsidy is expected to have a significant impact on inflation at the end of the year; the population responded to the uncertainty by significantly reducing electricity consumption in July.

The net average earnings, calculated taking discounts into account, were 15.6% higher in May than a year earlier; the increase in the minimum wage also played a role in the increase. Since the end of 2021, the MNB has raised the base rate eight times, so it rose to 10.75% at the end of July. The weakening of the forint compared to the euro seems to last: according to analysts, the exchange rate may stabilize around 430 forints in the future.